The history of Puma Punku begins in 1945. It was the moment when history truly recorded Puma Punku as a mystery. And it was after Arthur Posnansky said that the history of Puma Punku does not belong, actually, to our history. After searching for evidences for more than 30 years, the archeologist said that Puma Punku and its amazing history goes back to more than 17.000 years ago.
And more than that, he said the entire area was in fact a harbour for the Titikaka Lake, while Puma Punku was a promontory on the island Tiahuanaku belonged to or was its center and capital.

Some scholars say that the area was in fact an island since the Lake Titikaka was 30 meters deeper than it is today. They found in the ground near Puma Punku skeletons of fish and also of human beings. Their conclusion was, according to Arthur Posnasky that a tsunami coming from the Lake Titikaka and a devastating earthquake destroyed what Puma Punku and its history were. 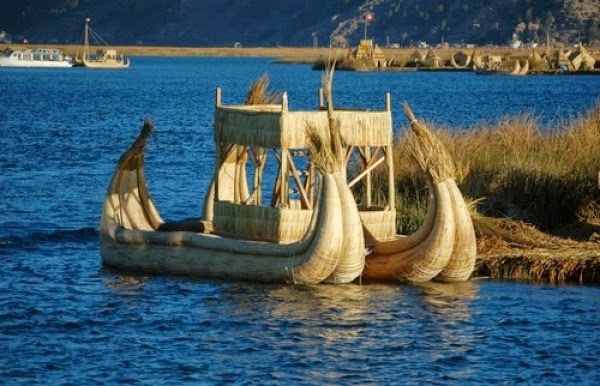 Yet, the official history of Puma Punku and Tiahuanaku begins in 1549 when the Spanish conquistadors and their leader, Pedro Cieza de Leon discovered the place. They were looking for gold. Legends say they found out that the place was built by gods in one night and not by Inca. In modern times, scholars believe that the area was abandoned at about 1000 A.D. It is also believed that Puma Punku is older than Tiahuanaku which was built as a pilgrimage gate to "The Door of the Puma"(Puma Punku, about 300 m nearby), the place where gods came on Earth for the first time. The Bolivian Gouvernment started excavations in 1960. That was the moment when the whole story of the place came intro history indeed and, also, became part of history.
Archeologists are stil working to discover more and more of what seems to have been a gigantic temple here, at Puma Punku, in Bolivia. See also if Puma Punku could have been built using 3D printers ! 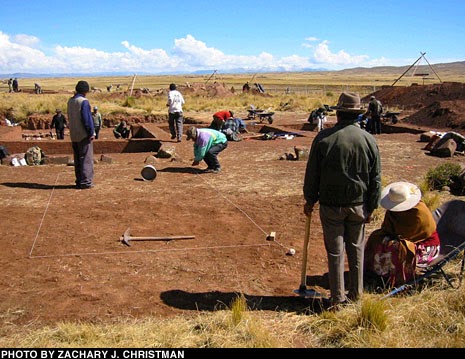 See The incredible ruins of Puma Punku!
Travel tips for Bolivia!
Or come to Europe - see the Death River in Greece !